The ASA National Age Groups Synchro Champs took place at the weekend, and saw Reading Royals dominate the competition. They took nine gold, two silver and two bronze medals over the course of the three days.

They were closely followed by City of Bristol, who took 15 medals over the three day competition, including four gold, seven silver and four bronze medals.

For the first time, the competition had mixed duets taking part. There were a total of five mixed pairs competing across two age groups.

The Reading Royals swimmer executed an expressive routine to Andrea Bocelli’s Nessun Dorma showed good technical ability and scored her a 66.4000 for a total of 132.2219.

“It feels really good to win gold. I’ve put so many hours into training and now it has all paid off. I train six or seven times a week, and usually it’s for two or three hours at a time." Please click here to see a video of Mimi's performance.

Second place went to Gray’s club mate, Isobel Blinkhorn. Her rendition of Baila Conmigo by Juan Magan showed some nice changes in pace, and she made good use of the pool space to score 64.0333. She finished with an overall score of 126.2303. 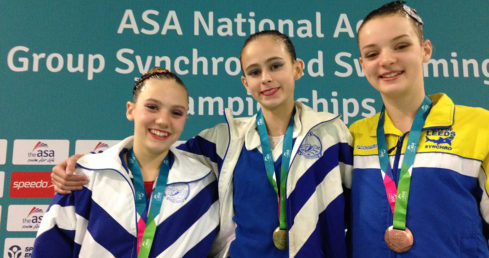 Reading Royals SSC took the gold in the 12yrs and under Free Team event for their interpretation of ‘Moulin Rouge’ which featured music from the soundtrack. Some of the swimmers were part of the gold medal winning team in 2015.

The team showed great artistic interpretation of the music, making excellent use of the pool space and getting plenty of height out of the water. Their score of 60.7333 put them well ahead of the competition, taking a total score of 119.2066.

Team captain Mia Palmer said: “It feels really amazing to get a gold medal. We’ve worked so hard. Sometimes things haven’t gone according to plan, but we’ve managed to put them right again.”

“We train four times a week, doing figures and team in most sessions. For one of us it is our first, others their second time at NAGS. For me and a few others it’s our third so I think that experience helped.” 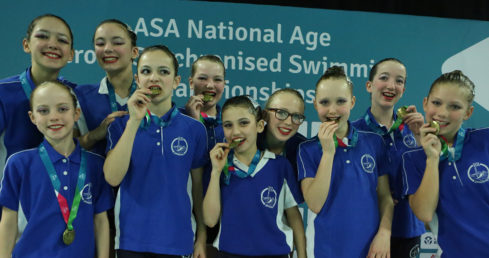 Reading Royals secured themselves a second gold on day three, this time in the 13-15yrs Free Team event. The Snow White and the Huntsman film inspired their routine and the girls swam to the theme tune.

They started the event with a stunning lift which was controlled throughout and showed amazing strength. They held their expressions well and had great changes in pace.

The routine was sharp and snappy. This same group were medallists in the 12 and under age group in 2014 and 2015, and their experience showed as they came away with a score of 66.4467. This put them over nine seconds ahead of second place, finishing with 127.3597.

Isabelle Blinkhorn said: “It feels really good to win a gold medal because we have worked really hard all year. Our hard work has finally paid off. We just love synchro, everyone in our club has lots of passion and that’s why we have done so well this year.” 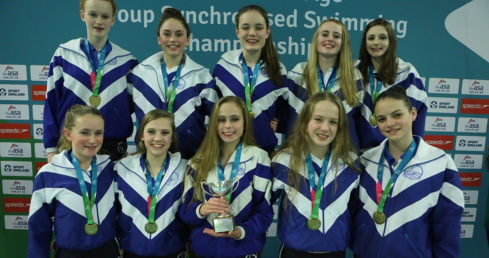 Rushmoor A narrowly beat City of Bristol to the title in the 15-18yrs Free Team competition, after an incredible performance in the final session of day three.

Their interpretation of ‘The Man from U.N.C.L.E’ was sharply executed throughout the routine. Rushmoor swimmers showed they had a great understanding of each other, with near perfect timing and tight patterns which had the crowd on the edge of their seats.

Their seamless formation changes were impressive to watch. They pulled out a beautiful lift with a corkscrew spin and throw at the end, bringing on lots of applause from the crowd and other competitors. 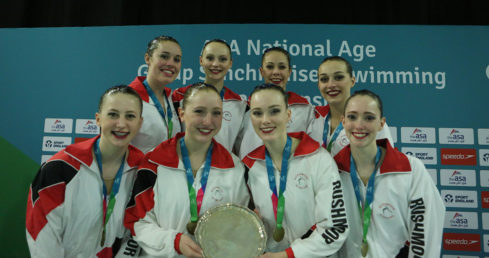 Please click here to see full details and results from the competition.

You have Successfully Subscribed!